CardioCell has an accomplished management team with extensive experience building successful biotech companies. The company’s distinguished Scientific Advisory Board comprises world leaders in cardiology, and its Board of Directors includes prominent pharmaceutical-industry leaders, successful entrepreneurs, influential San Diego businesspeople and cardiology luminaries. The team applies its expertise in cellular and medical research to develop and commercialize new products and technologies. 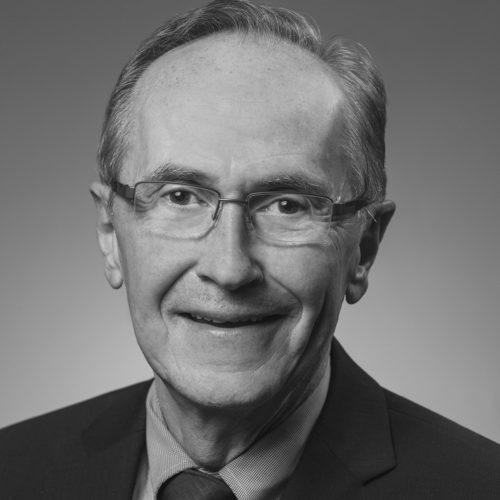 Dr. Robert S. Sullivan joined the Rady School of Management at UC San Diego as its founding dean in January 2003. He is an expert on entrepreneurship, knowledge management and operations management. He has successfully recruited top-tier faculty from the University of Chicago, MIT, New York University, Northwestern, Princeton, Stanford, the Wharton School and Yale. In 2011, he was elected vice chair/chair elect of the Association to Advance Collegiate Schools of Business (AACSB International), the premier accrediting body for business education. Before joining UC San Diego, Dr. Sullivan was dean of the Kenan-Flagler Business School of the University of North Carolina, Chapel Hill. He has also served in many roles at the University of Texas, including director of the IC2 Institute and the J. Marion West Chair for Constructive Capitalism in the university’s Graduate School of Business. In addition, he served as dean of the Graduate School of Industrial Administration at Carnegie Mellon University. Dr. Sullivan volunteered with the Peace Corps in Ethiopia, where he also lectured at the College of Business Administration at what is now Addis Ababa University. He earned his Ph.D. in operations management from Pennsylvania State University, his M.S. in production management and quantitative methods from Cornell University and his B.S. in mathematics from Boston College.

Dr. Epstein oversees translational research conducted within the MedStar Heart Institute. With more than 500 publications in peer-reviewed medical journals, Dr. Epstein is a recognized international authority on angiogenesis and on the application of stem cell strategies for cardiovascular therapeutics, including the use of nanoparticle technology as a drug delivery platform for targeting the delivery of stem cell-derived factors and other molecules to relevant cardiovascular tissues. He has also studied possible genetic polymorphisms and circulating biomarkers as indicators that a given patient is at risk of plaque rupture. He and his team have explored how aging leads to collateral dysfunction.

These research accomplishments led to Dr. Epstein serving on two important National Heart, Lung, and Blood Institute (NHLBI) committees: Vice-Chairman of the Data Safety Management Board (DSMB) for Programs of Excellence in Gene and Cell Therapy for the Heart, Lung, and Blood Institute, and Chairman of the DSMB for Specialized Centers for Clinically Oriented Research in Cardiac Dysfunction and Disease.

In addition to his research and leadership responsibilities, Dr. Epstein serves as Clinical Professor of Medicine at the Georgetown University School of Medicine. He is a Fellow of the American Heart Association, a member of the Association of American Physicians, and an Honorary Fellow of the American College of Chest Physicians. Dr. Epstein is the recipient of the Distinguished WELCOME Lecturer award, was selected for the prestigious Pfizer Visiting Professor Program, and is a frequent invited lecturer and keynote speaker at national and international medical conferences. 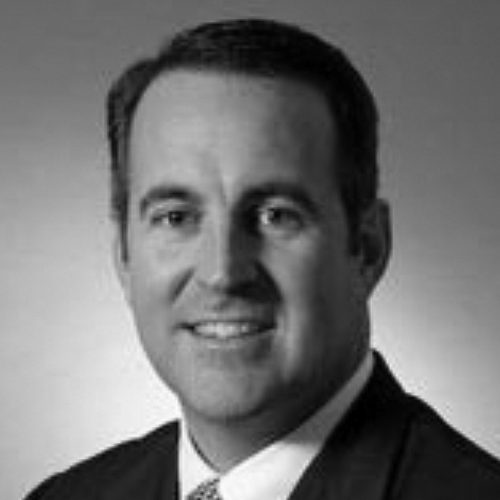 Dirk O’Hara is a principal in Valir Health and other healthcare companies specializing in post-acute care. He concentrates in development, design, construction, consulting and managing all areas of post-acute healthcare from rehabilitation to long term care. He recently expanded into behavioral health with Vizown, a residential addiction treatment community for women, the goals of which include offering behavioral health solutions for all of the current patients, residents, guests and clients across its healthcare network.

As an attorney, Mr. O’Hara concentrates on business transactions and contracts in long term care, construction, and the oil and gas industry.

Mr. O’Hara received a BA in Letters and a Master in Business Administration Juris Doctor joint degree from The University of Oklahoma. Along with his wife Stephanie, he works to keep up with his children Aidan and twins Stella and Smith. His hobby is expanding the family farming operation. 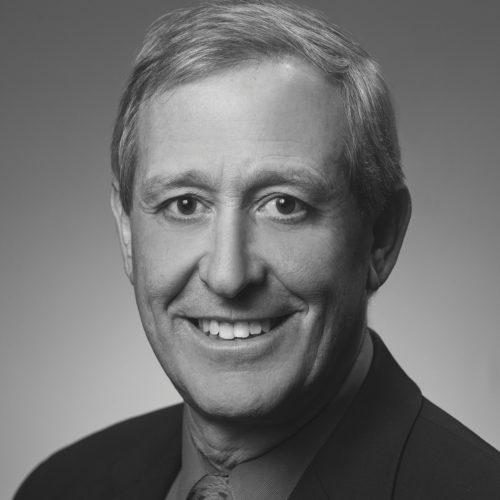 Before Richard Jaffe founded his own investment group, he was chairman and CEO of Safe Life Corp., a San Diego-based medical-technology company focused on antimicrobial technologies that prevent the spread of infections and disease. In 2004, he co-founded Huya Bioscience International, a drug development company that identifies and licenses the most promising pre-clinical and clinical-stage compounds in China, leverages and extends the research efforts of its Chinese partners, and provides a bridge into the international-development process and global, bio-pharma market. He previously served as chairman, president and CEO of latex-glove manufacturer Safe Skin Corp., which he co-founded in 1988, took public in 1993 and led until February 2000, when a merger was completed with Kimberly-Clark Corp. Early in his career he founded Nutrifoods International Inc., a frozen-dessert manufacturer that he took public in 1984 and sold to the Coca-Cola Company. He earned his B.S. in industrial and labor relations from Cornell University. An active volunteer, he is a long-time member and officer with the Young Presidents Organization (YPO) and, together with his wife, helped build a new campus for the San Diego Jewish Academy. Jaffe was the Marketing Chairman for the 2008 U.S. Open at Torrey Pines and is a member of USGA Presidents Council. In addition, he authored his first book of poetry, “Inner Peace and Happiness: Reflections to Grow Your Soul,” in 2007. 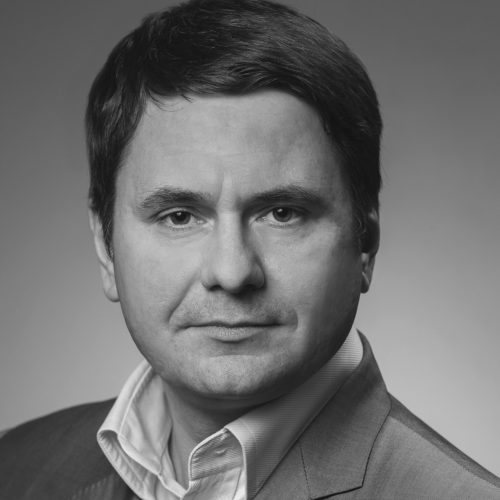 Sergey Leshkov is an entrepreneur, investor and co‐owner of several companies, which work in the areas of biotechnology, creating new medicines and medical technology.

In 2000, he co‐founded Ekomir, a manufacturer of modern nutraceuticals. According to the 2006‐2012 figures, the company was in the top ten leading manufacturers of dietary supplements on the Russian pharmaceutical market. In June of 2013, it was acquired by a Canadian company, Valeant Pharmaceuticals International, Inc.

In 2005, Mr. Leshkov co‐founded (since 2012 – Premium Aesthetics), one of the leading Russian distributors of medical technology in the field of aesthetic medicine. Premium Aesthetics is the exclusive distributor of such worldwide known manufacturers as Solta Medical, Zeltiq (USA) and Lumenis (Israel) in the Russian Federation and other parts of the former Soviet Union. The company has been repeatedly named “Best Distributor of the Year in the EMEA region” by its partners.

Mr. Leshkov is also a co‐founder of several companies, dedicated to creation of new drugs in the fields of diabetes, oncology and hepatitis C therapies. Two of them are resident companies of the Skolkovo Foundation.

He is also an investor in various biotech companies in the USA and Switzerland. He serves on the board of directors for CardioCell (USA) and Stemedica International (Switzerland).

Mr. Leshkov was born in Kiev, Ukraine. He is a graduate of the Moscow Academy for Humanities and Social Studies (formerly Moscow Humanitarian University) with a Degree in Psychology. 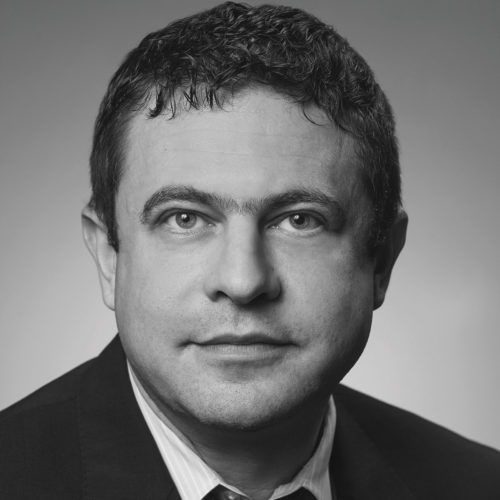 CardioCell’s Co-Founder, President and CEO Dr. Sergey Sikora has eight years of management and 12 years of biomedical-research experience. He brought his expertise in cardiology diagnostics and therapeutics to CardioCell’s parent company Stemedica in 2013. Before that, Dr. Sikora served as SVP at GenWay, where he established and led the FirstMark Cardiology Diagnostics Division and successfully divested two of the largest divisions of GenWay to Sigma-Aldrich. His career also includes founder and VP of Business Development at MC-Fibers. Dr. Sikora earned his Ph.D. from UCLA, MBA from the Rady School of Management at UC San Diego and B. S. in biochemistry cum laude from UCLA. He currently chairs FirstMark’s Scientific Advisory Board, which comprises top U.S. opinion leaders in cardiology. 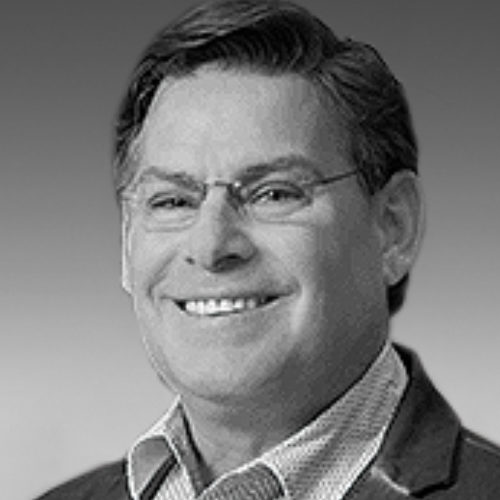 Pivotal’s Leo Spiegel is a veteran startup executive with biotech experience from his managing partner role in venture-capital firm Mission Ventures. As senior vice president of strategy and corporate development at Pivotal, he is responsible for corporate strategy, M&A, investments and helping with strategic partnerships, and key customer relationships. Previously, he served as president of Digital Island, a provider of global e-business network and content delivery services. He joined Digital Island as a result of a merger with Sandpiper Networks, Inc., the world’s first content delivery service provider for the Internet, where he served as chairman, president and CEO. 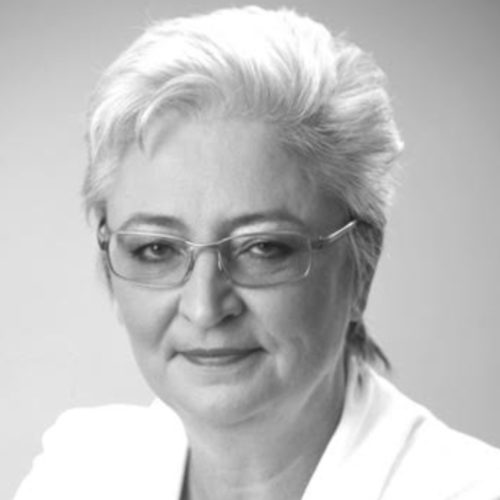 A serial entrepreneur since 1979, Nina Vikhrieva is the CEO and co-owner of two companies: premium aesthetics device designer Premium Aesthetics Ltd. She champions innovation in the pharmaceutical, medical and biotechnology sectors, favoring offerings that have high commercial potential and social impact. Currently, she is participating in several biotechnological projects, including the creation and launch of original drugs for the treatment of type 2 diabetes, breast cancer, proliferative diseases of the endometrium, as well as clinical research in various fields of medicine including stem cell technology.

Vikhrieva concurrently served as CEO and co-owner of both Premium Aesthetics Ltd. and Ekomir Group, one of Russia’s Top 10 nutraceutical manufacturers between 2005 and 2013. Before that, she was the commercial director of textile holding GUTA Group, representing a career shift from her three years at Eli Lilly, where she climbed the ranks from medical representative to special projects manager in Moscow. She began her career as an anesthesiologist and—over the course of 14 years at the Regional Burn Center of Yekaterinburg—became the head of the resuscitation and intensive therapy division. She is a graduate of the Yekaterinburg State Medical Academy in Russia. 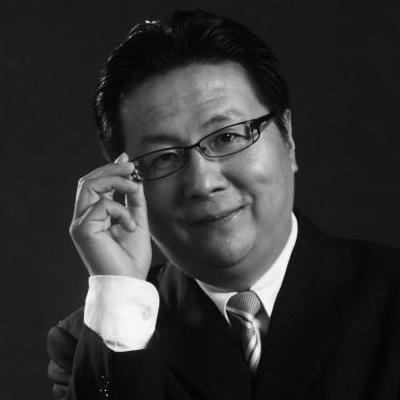 Simon Guo serves as the President, China Operations of ProMedica. Mr. Guo is the principal owner of Five Lakes Global Group headquartered in Toledo, Ohio.
Mr. Guo started his career as an interpreter and business strategist with CITIC when he had the opportunities to serve world leaders such as Rong Yiren, Henry Kissinger, David Rockefeller, Sir Edward Heath (former Prime Minister to the United Kingdom), etc.
Mr. Guo served as General Manager for MCI – Asia/Pacific Markets before he joined British Telecom as the President of China Operations. Mr. Guo joined Quest Communications in 1996 and served as the General Manager of International Markets and successfully launched International Direct Sales distribution to the Pacific Rim.
Mr. Guo was also Founder and Chairman of CEO Clubs of China which involved many of the top CEOs across China and the USA.
In addition to his many China-based businesses, Mr. Guo also owns the 34-story PNC Bank Building and the 400-room Radisson Hotel in Toledo, Ohio.
Simon is a successful author, active speaker at Information Technologies, Health Care and US/China Business Conferences, and he had the honor of addressing over 50,000 business owners of Alibaba as a mentor of doing international business.
Mr. Guo has a Bachelors Degree from Beijing Second Institute of Foreign Studies (China) and a Masters Degree from the University of Louisiana.